Mrs Physics was a named coined by her daughter for a website. Mrs Physics has taught Physics in Scotland for a very long time in two schools, firstly in Hawick High School and then in Lockerbie Academy. She wanted to start a website for many years as a deposit for her resources for Scottish school students studying Physics and a handy place to find useful things. Not being an organised person she feels that if they’re online even she might be able to locate things she needs. She has no background in computing, apart from during her sixth year at school when the wonderful BBC Micro arrived and she learned a bit of Basic.

Mrs Physics has had an exciting career, even if it isn’t considered successful. She has been privileged to be able to set SQA papers and questions and has marked for the SQA at two levels. She has confidence that the system is as robust as it can be, although not perfect. During 2004 she spent seven weeks at Chapelcross, learning that there is life outside teaching.

Staff at the decommissioned nuclear plant were wonderful and she owes a great deal of gratitude to The Royal Society of Edinburgh for sponsoring this. Having attended the Scottish Space School at both Strathclyde and Houston, Texas, USA, she has a keen interest in Space and has started organising Regional trips to Space school in Houston, the next being in 2018 if you’re interested. She got involved in the Royal Society (the London one) through the Partnership Grants Scheme and worked with Police Scotland Road Traffic Division to put together material for school physics. This has opened amazing doors for both Mrs Physics and her students. They exhibited at the Royal Society Summer Science Exhibition and at the D&G Science Festival. Students wrote up their work in the Young Scientist’s Journal and were awarded a prize and another trip to the Royal Society Summer Science Exhibition. Renault supported her to attend Renault HQ and find out about car safety. She loves Physics and wants people to realise not all Physics is hard. It encourages thinking and that must be a good thing. Mrs Physics has been down and seen the LHC @ CERN and the enormous CMOS collider. She’s also watched a film being made by ENERGY FORESIGHT, in London. If you have this DVD in school look in the credits. She was the one that got Orkney and Shetland on the map! Mrs Physics’ latest projects are a mass test of student hearing and a trip to Debrecan, Hungary for a Science on Stage 2017 conference. A EU science conference for teachers by teachers. Its fabulous, sign up if you can!

Both Scottish Borders and D&G are a bit out on a limb, so Mrs Physics has tried to get things done in this Region so students aren’t too disadvantaged by living in a beautiful part of Scotland. She was once the D&G Curriculum Leader for Physics and arranged some weekends away in an Outward Bounds centre for teachers where they slept in bunk bed dormitories and burnt croissants in a microwave (completely unintentionally), and arranged for Dr Bunhead to run a Masterclass at Dumfries Academy, where the smoke alarms were activated and the whole school was evacuated. The students were quite surprised to see Dr Bunhead in the playground wearing his googles. 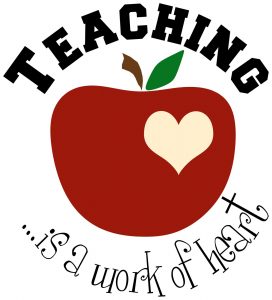 She thinks she has a sense of humour but her students don’t really agree, although they do agree that she is an old biddy. What ex-students generally remember about her is that she writes backwards and drinks weak decaf tea from a huge mug. There are worse things to be remembered for, but I wish a few more would remember some things about Physics.

She is just a tiny bit younger thanthe Lockerbie Ice rink and looks it too, although Mr Physics has said she has worn better- thanks!

Mrs Physics has a very patient OH who is able to cook, which is pretty important for the two children who would have starved long ago if she were in charge of that side of things. Mr Physics was once an academic who worked in Biosphere-Atmosphere Interactions. Fortunately he left to support his family especially Mrs Physics who needed more help than the children. He has now found a new role as the school science technician. In any spare time she has she doesn’t clean the house as most sensible home owners do but she goes to church and tries to visit her 56 foot canal boat as much as possible. It took four years to finally agree on Mostly Harmless as a boat name which is a quote from “The Hitchhikers Guide to the Galaxy”: compulsory reading for any sentient being. 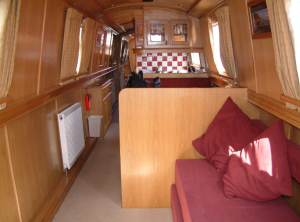 Hopefully everyone can find something interesting here, if not let me know and I’ll see what I can do. Certainly students from Lockerbie Academy who study Physics or BGE Science should be on here, as this is where your work is stored.

People who have made a great impression on me and affected my Physics teaching include:

thanks to all of them!